In late August, 2015 Peacocke & Simpson celebrated the 30th anniversary of opening its doors in 1985. This was no easy feat, given that the company was founded in, and operates out of Zimbabwe – a country that has had its fair share of ups and downs over the past two decades. 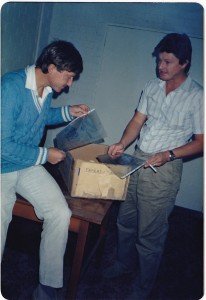 What started as a small partnership between Kevin Peacocke and Peter Simpson, operating with just a handful of mine files in a cardboard box in order to pay back their university bursaries, has grown over the many years to become a well-oiled machine, often pioneering new frontiers in the minerals processing industry. Today, P&S proudly boasts more clients than one would care to count, scattered across the globe, among which are many of the leading and largest mining houses in the world. Furthermore, the company takes satisfaction in the fact that it has had several innovative breakthroughs in the industry over the past 30 years, not the least of which being valuable research and development for Knelson Concentrators (now FLSmidth – Knelson Technologies) that produces some of the best gravity concentrators in the world.

However, the road to success hasn’t been all sunshine and rainbows with pots of gold (or any other precious metals for that matter) beneath them. During Zimbabwe’s dark days of 2000 to 2009, the majority of local business had to close their doors due to the economic and political situation. Hyperinflation took its toll. For example, if a quotation for products or services was produced, it would be valid for no more than 5 hours, and the governing bodies at the time outlawed the use of foreign currencies – even for quoting purposes. Against some very tough odds, P&S managed to pull through. This can be accredited to a multitude of factors, however to name the most important: fantastic team spirit, unity and perseverance, staying true to the core beliefs of P&S (providing relevant and meaningful testwork and services), and a global and loyal client base. 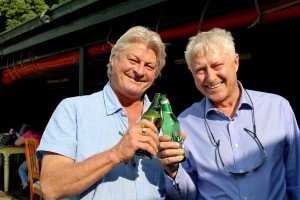 Since Zimbabwe’s dollarization in 2009, the company has gone from strength to strength, as this not only stabilized the local economy, but allowed Peacocke & Simpson to comparatively quote and compete on a global scale which, in addition to the higher quality of services and faster turnaround time of testwork, puts the firm amongst the best in the world at what they do. One might even say that being based in Africa, and having gone through the rigours of Zimbabwe’s economic turmoil, has given P&S a strategic advantage, in that the company can now operate unhindered and knows that clients do not need pages upon pages of incomprehensible mineral testwork results, but rather clearly summarized, relevant results that have practical uses and implications. The company has never forgotten its small scale clients and has a special empathy with emergent mining entrepreneurs in Africa, who work especially hard and well to win their living. They too need and benefit from metallurgical testing and indeed account for a good slice of P&S’s output.

The future looks bright for Peacocke& Simpson, as they continue to expand both their operations and their client base. The company greatly looks forward to another successful 30 years (or more) and has dedicated itself to not only the development of its own services, but of the minerals processing industry as a whole through its continued innovation and practical approach to  processing solutions.

Investigative and Proof of Concept Testing

Investigative and Proof of Concept Testing
For queries, quotations and more information Contact us